Share All sharing options for: Corn Flakes: Day after Mizzou

Well that was a fun game. 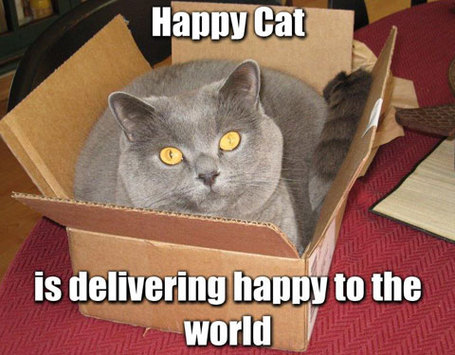 Husker fans your delivery of happy is here!

Nebraska beat Missouri without their quarterback in the second half, you may remember last year some Missouri fans concluded that the injury to Gabbert was the reason MU lost last year. And Nebraska lost Dennard our best CB?) early. So you'd like to think that Missouri had their chances.

I've had my issues with Cotton of late, but outstanding job yesterday. In addition outstanding offense play calling. Watson and Pelini always preach about being "multiple". You want multiple? How about 323 yards passing last game, 307 rushing by Helu yesterday, and 150 and 137 passing and rushing against Washington. Multiple in attack, and multiple in personal. You tell me who do you want to stop, cause that opens up someone else.

What the Pelinis did Saturday was stand up defensive end Cameron Meredith and move him off the line of scrimmage. When Nebraska had Missouri in obvious passing situations, the Huskers went back to a four-man line to create a pass rush. Otherwise Meredith was playing like a linebacker, bouncing from side to side.

Some Tiger fans were here posting about what Nebraska would have to do to beat Missouri. CNers decided that Missouri in fact had no weaknesses, but getting pressure on Gabbert without blitzing was a key for a Nebraska win. Great coaching.

Pelini and his staff took Pinkel and his coaches to the proverbial woodshed. Just look at the first quarter. Nebraska clearly was better prepared than Mizzou. The Huskers burst from the chute with a hard edge. Pelini unveiled a three-man defensive front for the first time this season and had quarterback Blaine Gabbert on the run on the very first play from scrimmage. He never found his rhythm. He seemed discombobulated. Same goes for Pinkel's entire crew.

Is it cheating if I just post Rock M's links? I'll say no.

Well hi!
You know I have more! You want some? Come get some!

Nebraska coach Bo Pelini said quarterback Taylor Martinez suffered a bone bruise on his right leg and X-rays were negative, but that the redshirt freshman was OK despite sitting out the second half Saturday.

Roy Helu Jr., RB, Nebraska: Let's just give Helu like six of these. The senior running back had the best day of any other runner in college football this season, rolling for 307 yards on 28 carries, including three scores of 50 yards or longer in Nebraska's 31-17 win over Missouri. For a program known for running the ball, the significance of Helu's school record wasn't lost on anyone in Lincoln on Saturday.

The "American Society of Second-Guessers’’ heartily thanks Missouri coach Gary Pinkel for his work in Saturday’s 31-17 loss to Nebraska.

Is he upset that Nebraska won?

The Big 12 North is Nebraska's to lose. The Huskers made sure of that early, unleashing one of the most dominant quarters by any team in Big 12 play this season. Missouri didn't fall in a 24-0 hole early, Nebraska dug that thing with a week of preparation, and once the Tigers showed up (or didn't show up) the Huskers grabbed them by the collar and threw them in. From a wide-angle lens, though, Nebraska's win is good for drama in the North. Had Missouri won, it would need to lose three of its final four games to send Nebraska to the title game. Now, one slip-up by Nebraska could put the Tigers in. The Huskers' toughest test is likely a trip to College Station, but this is college football; anything can happen. And fret not, Tigers. Regardless of what Nebraska does the rest of the year, Missouri is in decent position to go 11-1 in the regular season if they can survive Lubbock next weekend. That's nothing to complain about. I'm sure there will be a few people who rush to proclaim Missouri got "exposed," but they ran into a motivated team that played its best and, without a flat performance against Texas, would still be very much in the thick of the national title picture.

Yep work left to do.