Bo Pelini released the first depth chart of the season this afternoon, and in doing so, did his best to say as little as possible. That's not much of a surprise, last year's depth charts continually had -OR- in several places.

Holt didn't have a strong enough fall camp to break away.

Good news because it means that Christensen has worked his way back into the rotation. More depth is always a good thing.

Marcel Jones also listed as a backup to Mike Smith at Left Tackle, so once again, this is about rotation, not starting positions.

Surprising amount of respect shown to Dreu Young given he had a back injury and missed a great deal of fall camp. Or perhaps he's just that athletic.

WILL - Mathew May OR Blake Lawrence

The full depth chart is available after the jump

Other Items of Note:

Will Compton and Sean Fisher worked their way into starting roles at the linebacker spots, beating out the veterans. That's not a small accomplishment. Depth at that position aplenty!

The full release from the athletic department is available here. 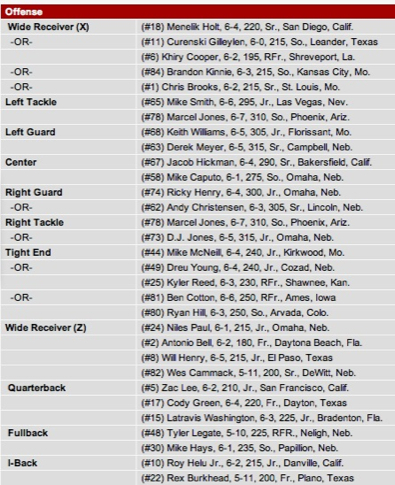 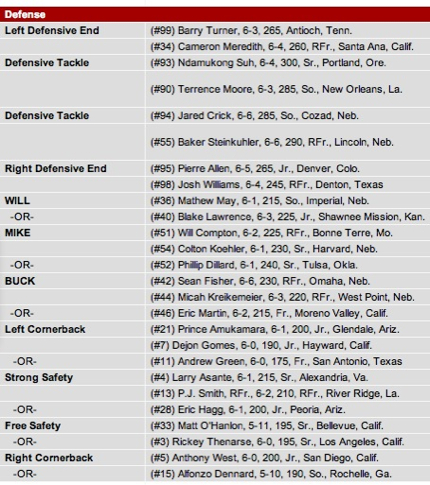 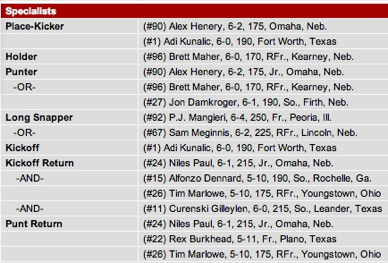