Sell out #300 today. Whoooooo! Even the cats are ready to party! 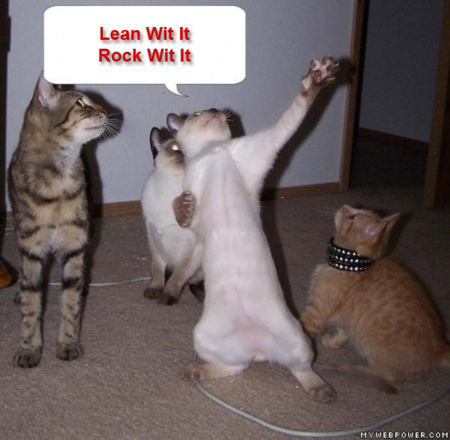 Scout.com: 2009 Big 12 Fearless Picks - Week 4, Part 2
Nebraska will win without breathing hard. The running game will be able to do what it wants to and Lee will be efficient enough to get up early, and the D will do the rest.

Omaha.com - Hitting a stride on defense
Defense is playing well, but needs more turnovers. The defensive backfield could start by catching the ball.

Curt McKeever: Huskers have bought into Pelini’s approach
This is the biggest difference between the previous and current staff.

Berry Tramel: A plan to save college football | NewsOK.com
Interesting non-conference plan, where the BCS leagues would be required to play against other BCS leagues.

Steve Pederson Scuttles a Navy Tradition
Steve Pederson apologized to the Naval Academy this week after Pitt's post-game fireworks extravaganza began before the Midshipmen had a chance to sing the alma mater.