Cornflakes: Shut up and calm down

Share All sharing options for: Cornflakes: Shut up and calm down

Still in shock a few days later - Gobbler Country
Enjoy the victory not only because of the wild finish, but because it was against one of the most storied programs in the sport. Nebraska could easily contend this season for the conference title if they can manage to get the ball into the endzone once in a while.
I'm sure that was meant as a compliment, but.... wow. - CB

Pelini says no loss harder than the 1 at Va. Tech - Kansas City Star
"I can say that was as hard a loss as I ever encountered in football," the 41-year-old Pelini said. "I've had some hard ones. That was difficult. You know what, it's time to move on. I've moved on. I really have. It took me a little longer, but I've moved on."
Can we please move on as well? - JL

Big 12 grades - Big 12 - ESPN
Nebraska:C-plus: It probably isn’t much consolation to Bo Pelini now, but the Cornhuskers outplayed Virginia Tech. Roy Helu Jr.’s running is a strong weapon, but the offense needed more consistency in the red zone. And the defense was good enough to beat the Hokies except for two plays – which unfortunately were the two plays that they needed to finish off in order to win.
No? Not finished yet? That's it, I'm rolling out the cats- JL 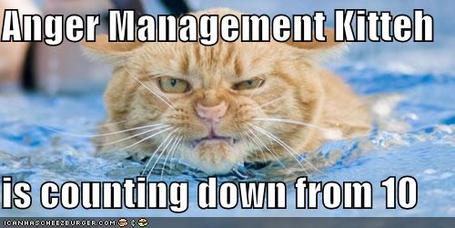 Life in the Red's Blog | Shut up and calm down
You know, Shawn Watson says Jacob Hickman would be a great coach. I'm inclined to agree. The guy is smart and knows when to let his voice be heard.

Pelini pleased with Dillard’s performance
Guess Dillard got that hankering for rocky road under control, eh? As bonus coverage, some Pelini comments about Collins Okafor. -CB