Cornflakes is not nuts, just stupid

Share All sharing options for: Cornflakes is not nuts, just stupid

Links are starting to come in faster now has the season approaches quickly. 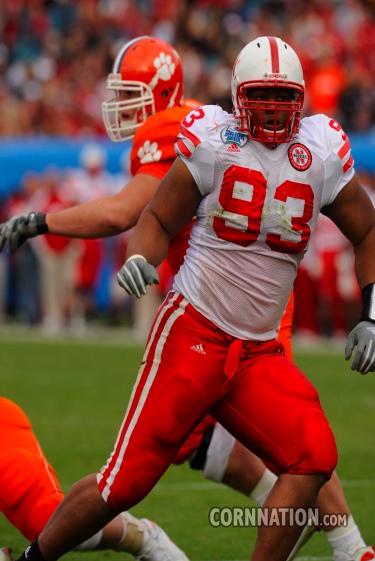 Let's start with our weely Suh update.
Suh won't rue decision to stay
Huskers' Suh a one-man wrecking crew - He is! He is!!
Suh should be a defensive force for Nebraska - Kansas City Star

Managing Expectations at Nebraska - The Quad Blog - NYTimes.com
Coach Bo Pelini wants the Cornhuskers to make a return to their glory days, when they consistently competed for the national title.

Media Ignorance?
The continuing saga of Mike DeArmond's debacle of a blog. You're not nuts, you're just stupid. Thanks for clearing that up Mike.

Big 12 title game may have permanent home in Texas
More reasons to hate Texas. Maybe the next move will be to play all B12 games there as well?

Nebraska, for years and years and years beat Mizzou down," Baston said. "I think these last couple of years we got a little bit of respect back, but we still haven't gotten that respect back. Nobody really ever says Mizzou is better than Nebraska. Nobody is really going to say that.

Dallas Morning News
On whether there is a feeling that ``Nebraska is back.'': ``I know one thing. Our players don't feel like Nebraska's back. I believe that they feel -- because our expectations are very, very high in our football program and what we want it to be and where we're headed.