Cornflakes asks what's in a name?

Share All sharing options for: Cornflakes asks what's in a name?

The Lincoln Journal Star talks about how the Cornhuskers got their name.

Before the 20th century, the Nebraska football team took the field under a wide collection of nicknames, ranging but not limited to the Rattlesnake Boys, Tree-planters, Antelopes and Bugeaters. I would miss the corncob hats if Nebraska wasn't the cornhuskers.

The Board of Regents Audit: It Could Have Been Worse - Bring On The Cats

Kansas State blog BOTC explains why their Board of Regents audit, while bad, could have been a lot worse. A while back CN referred to their athletic department as a "train wreck". TB takes issue with that, basically saying the worst is over. Did you know Bo Pelini had a LLC? Neither did I. I'm not sure it really means anything. 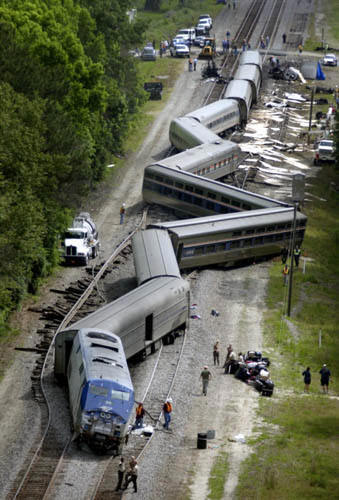 The K-State Athletic Department
Or The opening 6 min of the OU NU Game?

Another dagger for you - C&C relives the first six minutes of the 2008 Oklahoma-Nebraska game. Normally you'd think - "I never want to see this again" - but I'm hoping the football players don't have that attitude. Oklahoma will once again serve as a measuring stick for the 2009 season. Perhaps the day isn't too far off that we'll be on equal terms.

Florida Atlantic reporter Ted Hutton has a nice piece on how Oklahoma fans still point at Schnellenberger for their down years, even though Barry Switzer was the one that did himself in and John Blake wasn't much as a head coach.

If a fan of Nebraska athletics was already fearful that the Big 12 conference had tilted permanently in favor of Texas, consider this column a long, unpleasant spelunk into the cave of more proof.

What is "Average" for Nebraska?

BRN looks to answer the question- "What is average for a team with the expectations and talent level of Nebraska?"

The twins, who will turn 15 in August, already stand 6-foot-2. They have played the past two years for the Premier volleyball club, where Amber is a middle blocker and Kadie is a setter and hitter.

"I believe, and this program argues, that it's the Nebraska players , with their hard work and passion, that help give the program that extreme edge," he said.

I'm not so sure I buy into this, see below

Tim Griffin's mailbag had a question asking how long he thought it would take Nebraska to be in a BCS game or a national championship game. The fan asked: Will it be within four seasons?

Wrote Griffin: "Obviously, the quick turnarounds and early success that coaches like Bob Stoops, Pete Carroll and Jim Tressel have enjoyed have proven that tradition-rich programs can turn around quickly. And Pelini is in exactly that kind of position.

But in order to get into that BCS discussion, he's going to have to significantly improve the Cornhuskers' recruiting. He needs to start attracting a bunch of athletic difference makers that will be needed to enable the Cornhuskers to compete with Texas and Oklahoma for the Big 12 title.

So I guess I don't care where they come from, NU just needs them.

The Boy at Rock M Nation gives some credit to our defensive prospects for 2009, but somehow we end up ranked third in the Big 12 North? Looks to me like he dorked around with stats just long enough to find his conclusion - that Missouri won't be affected by their losses from last season.

The Boy over at Rock M Nation doesn't think very highly of the Huskers' prospects on offense this coming season. I specifically don't like the offensive line ranking, but he did reply to my comments there, stating that I shouldn't take them too seriously. Damn. I was looking for a fight - CB.