Corn Flakes: Determination for Next Year

Share All sharing options for: Corn Flakes: Determination for Next Year

I don't want to talk about it. 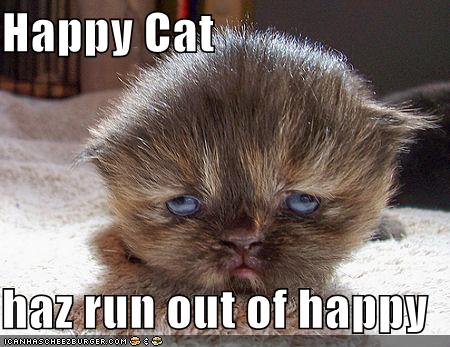 Omaha.com - The Omaha World-Herald: Big Red Today - Shatel: For Nebraska, it's a valiant effort, then a painful replay

They were so close. How close? One second. And a competent offense. If the Huskers get any offense at all, this is the best team in the Big 12. And this is one very dangerous team, one that need not be shy in taking on Alabama, Florida, TCU or anyone else in BCS land.

"You should be ashamed to accept that trophy!" the NU defensive coordinator yelled, pointing at the Longhorns. "You outta be ashamed to accept that trophy!" he screamed again, then again. Seconds later, his younger brother erupted, too. Bo Pelini had played it cool walking off the field, telling Texas coaches to go win a national title. But he heard about a conflict at the threshold of the tunnel. Seemed a Texas fan and somebody from NU had exchanged words. Bo marched toward the scene. Who was it? Bo wanted to engage the Texas fan. Told nothing happened, he went back toward the locker room, where he saw Marc Boehm, NU assistant athletic director. "Marc, I want to see (Big 12 head of officiating) Walt Anderson in there right (expletive) now!" Pelini shouted. "BCS!" Pelini said as he entered the locker room. "That's why they make that call!"

"No comment," Bo Pelini said about the big call by the officials. Pressed again, he said: "I haven’t gotten any explanation. I just got (what) came down from the replay booth. I haven’t gotten an explanation. I’m not going to answer any more questions about officiating or about that call. Ask me about the football game. It was a hell of a football game."

Bottom Line "Moral victory" is not a part of the Bo Pelini lexicon--and rightfully so! Nevertheless, it's clear from this game (and the season on the whole) that this program is headed in the right direction. The days of Texas and OU waltzing through the Big XII championship game en route to a BCS bowl are officially over.

Rivals.com College Football - Texas lucks out in nick of time

The Texas win over Nebraska, or the way the Longhorns won, created more questions than answers, but it was still a Big 12 Championship victory with a likely invite to the BCS Championship Game coming. The CFN writers give their thoughts on the thrilling, last-second Texas win.

I'm sure a lot of fans are going to be ripping Shawn Watson and the offense tonight, but I'm not sure what people expected tonight. Texas leads the Big XII in defense, and we've known this offense has struggled almost all season. We all could have hoped for Nebraska to do better, but now after 13 games, we know what Nebraska's offense is. Bad. Why it is that way is something we'll debate in the offseason, but I think it has less to do with playcalling and quarterbacking as it does with wide receivers and offensive line play.

"There were a lot of folks up there, man," Watson said. "And we've got to develop a quarterback and our receivers and keep working to take the pressure of those guys on the (offensive) line."

Let’s face it, Nebraska’s passing game didn’t stand a chance in this game. The few times Lee did hit his receivers in the hands, they dropped the ball. Lee threw interceptions when Nebraska tried to go deep, and Niles Paul needed to come up with a big catch or two, but couldn’t. Overall, dismal, to say the least.