Mizzou fans should be out in force tonight, swimming in a sea of pea 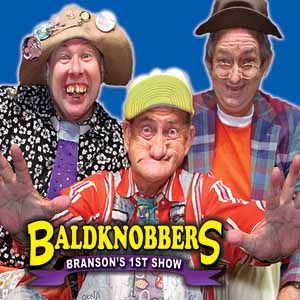 Really tough week in the predictions as CU, Texas Tech, and Iowa didn't cover, and KSU and Miami won as an underdog.

We'll try and do better this week, and feel free to post your picks in the comments.

JLew: Iowa State played pretty good against KSU, but still lost. I don't see them winning on the road at Kansas. Sharp probably won't play for KU, but he really hasn't done much anyway, so KU shouldn't miss him. Blue Birds 37 Red Birds 13

Husker Mike: Things start getting ugly for the Clones.  Last week might have killed their bowl hopes though.  A blocked extra point?  KU 42, Clones 14

JLew: Two teams without a starting QB, only it's much, much worse for Baylor. BU 10 OU 40

Husker Mike:  Uh oh, this one's in Norman and the Sooners should be p-o'ed. This will be like the good 'ol days.  Sooners 56, Bearsh 10

Corn Blight: Landry Jones’ mousestache scores all by itself. Without Robert Griffin, Baylor just doesn’t have the guns. OU 42, Baylor 17

Corn Blight: Dez Bryant out. Oklahoma State’s dream season is already smashed and they get a road game at College Station. Doesn’t matter much this week, though. OSU 30, Ags 20

JLew: Do the people making the spreads watch the games at all? Do they know something we don't? Even without Dez, OSU should be able to score early and often. Arkansas QB had 4 td passes, and 271 yards. ATM's D got fat stats on cupcakes. OSU 41 ATM 20

Husker Mike:  Maybe Vegas got wind of Dez getting suspended.  But A&M got exposed last week as a fraud.  OSU 28, A&M 12

JLew: 32 freaking points? Wow Texas could score 4 TDs and still not cover... There is no over/under listed, and ESPN predictor has CU at 1%. CU ruined my pick last week with a BS TD, so screw them. Is this the game that CU quits? Or do they convince themselves that it's a whole new season? I think they try, but yeah- CU 10 Texas 45

Husker Mike:  That should be the halftime point difference.  Bevo 63, Ralphie 7

Corn Blight: After sucking as much as they have in the non-conference season. all the Buffs need is a big road trip to Texas. It’s not a matter of whether the ‘Horns will win, it’s by how much. There simply isn’t enough life in CU’s defense to contain the ‘Horns offense. It’s bad, getting worse this weekend. Texas 56, Colorado 10

JLew: More bottom dwelling B12 North games, and this one's on TV! Snyder pulled out all the stops and changed QB's before the ISU game. I'm thinking he's got no more aces in the hole though. Tech 38 KSU 17

Corn Blight: Taylor Potts is out for Tech. KSU’s Brandon Herald might be back - he’s a gamer and can wreak some havoc in Tech’s backfield. Unfortunately, KSU is still trying to find themselves. TTech 38, KSU 17

Corn Blight: Alabama is rolling, Ole Miss is falling. Just too much defense by the Crimson Tide, although it’d be okay with me if I’m wrong. ‘Bama 28, Ole Miss 21

JLew: Wow the SEC looks good this year, and Bama maybe should be ranked #1 based on who they have played. Bama 30 Ole Miss 21

Husker Mike:  Remember about 10 years ago when it was all Michael Vick on VSPN?  The worldwide leader just loves to run a story into the ground.  Gators 31, Tigers 17

Corn Blight: Urban Meyer has yet to win a game at Baton Rouge. That won’t change this weekend, as college football experiences another shocking upset. LSU 24, Florida 21

JLew: Can we forgive VaTech for a bit of a let down game against Duke? They did play NU and Miami in back-to-back games. Still they need to come out focused against BC.
VaTech 28 BC 17

Husker Mike:  That Duke game looked closer than it really was. VT turns it up this week.  VT 31, BC 10

Corn Blight: If the Hokies have proven one thing, it’s that home field advantage counts for a whole lot. Virginia Tech 28, BC 14

JLew: I don't know how to feel about this game. There are so many questions for both teams, too many to list out, and then the weather and the flu to deal with. I picked against NU for the VaTech game and maybe the fates punished me for my lack of faith. We'll try the other way around and see how that goes. NU 28 MU 27

Husker Mike:  Both teams' fans are predicting they'll win comfortably.  I'm joining the crowd.  Nebraska's defense is real, and most everything else is a tossup.  After Blacksburg, 65,000 Baldknobbers won't be very intimidating.  NU 27, Mizzou 14