Life in the Red's Blog | Three keys vs. Iowa State
1. Baby steps on offense 2. Stop the run 3. No more penalties!

NE StatePaper.com - A Little Bruised - But Better Than Ever
Part of what's tricky, Pelini said, about ISU no-huddle approach is how it's using Arnaud in a variety of run packages. He'll run power plays through the middle, or designed sweeps toward the sidelines. Sometimes Iowa State replaces its wide receivers with tight ends for a power spread formation. Other times, the Cyclones will empty the backfield and throw on rhythm.

Scout.com: 2009 Big 12 Fearless Picks - Week 8
What will happen: This is an awful matchup for the Cyclones. Nebraska might not have the most consistently dangerous offense, but it will get plenty of chances to produce on short fields with the defense stuffing the Iowa State running game. CFN Prediction: Nebraska 35 … Iowa State 10 ...

Big 12 predictions, Week 8 - Big 12 - ESPN
Nebraska 35, Iowa State 17: The Cornhuskers need some confidence after last week’s stunning upset loss to Texas Tech. Bo Pelini has hinted at a possible change to Cody Green as his starting quarterback from Zac Lee, who started their first six games this season. The Cyclones played well against Baylor last week, but will be taking a big step up against the Cornhuskers on the road. Whoever plays for the Cornhuskers at quarterback needs to boost an offense that has struggled with its line play and getting its wide receivers involved.

What to watch in the Big 12, Week 8 - Big 12 - ESPN
7. Who starts at quarterback for Nebraska? After Zac Lee struggled last week and Cody Green orchestrated a late touchdown drive, coach Bo Pelini has thrown competition open for the position. Green’s running and passing skills could give the Cornhuskers a different element as they meet plucky Iowa State. Look for both quarterbacks to play, but it will be interesting to see who gets the majority of snaps and if Pelini makes a change in his starter in the middle of the season.

Omaha.com - The Omaha World-Herald: Big Red Today - McNeill: Wins are the team's top priority
Before the season, I-back Roy Helu and tight end Mike McNeill were considered Nebraska's potential All-Big 12 players and difference-makers at the offensive skill positions. Helu has gone on to get at least 17 touches in all six games, including 16 rushing attempts and a reception against Texas Tech on Saturday when he was hurting. At Virginia Tech last month, Nebraska handed Helu the football 28 times and he caught four passes.

Second-half outlook: Nebraska - Big 12 - ESPN
My prediction: Big 12 championship game appearance. The Cornhuskers have too much talent on defense, specifically along their line, to fall too far. Look for Green to get more playing time and become more comfortable with the offense each week. His growth is the key for this team’s title-game hopes. It also wouldn’t hurt to get Helu healthier and for the wide receivers to get back to their productive levels of earlier in the season. Any team with Suh has an advantage. That will help the Cornhuskers get through their mid-season struggles.

Blaine and I just need a little space, that’s all - Kansas City Star
I knew this was coming. Whitlock jumps off of the Mizzou/Gabbert bandwagon. But then throws this little gem in the article- I'd say more, but he's not worth the time.
You’ve been looking for a way out of your relationship with Blaine ever since Ndamukong Suh hurt Blaine’s ankle with a vicious cheap shot. Just be honest, Jason. You want out."

Omaha.com - The Omaha World-Herald: Big Red Today - Cyclones reverse course with five-set win
No. 14 Iowa State battled its way past the fifth-ranked Huskers on Wednesday night, coming up big at all the critical moments for a history-making 18-25, 25-19, 23-25, 25-21, 15-12 victory. There's some debate between the schools on this series, which dates to 1975. Nebraska had it at 74-0 all-time in the Huskers' favor, while Iowa State listed the mark at 75-0. 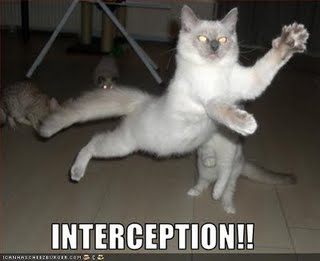 Can NU get a few on Sat?