Scout.com: 2009 CFN Big 12 Week 8 Expert Picks
Everyone but Clucko picked us. Could be trouble as that was the case last week.

HuskerExtra.com - Lunch with Bo: Fans too harsh on QB Lee
"To me it's pretty cut and dry," Pelini said. "You evaluate all their snaps, what they're doing. Somebody has to execute and do the things necessary to win football games."
I'm thinking Lee is still the starter against ISU

HuskerExtra.com - Steven M. Sipple: Better line play would help NU
File this under the the sarcastic No?!? Really?!?

Up for grabs / LJWorld.com
Looking at the B12 North race and handicapping the teams.

Updated BTBS Projections - Rock M Nation
Updated college football bowl projections after seven weeks. BCS Championship Game projection: still Texas vs Florida.
Bill C over at Rock M Nation does a statistical projection every two weeks. He has Nebraska winning the Big 12 North with a 7-1 record. I knew there was something I liked about that guy. - CB

Smart Notes 10/20/09 | Smart Football
- Pellini, (un)-interrupted. Tough week for Bo coming off a big and disappointing loss to Texas Tech. But Brophy came through again with audio of a clinic talk Pellini gave while still at LSU on his defense. It’s well worth the listen.
Here is one link (below) and other is at smart football.
Cripes! Get back to fundamentals...: Bo Pelini: Defensive Philosophy

Husker Mike's Blasphemy: Media Forgets "It's Not About You" in Pelini Coverage

The cats say sit back and enjoy the ride. Only 6 more games for sure this season! 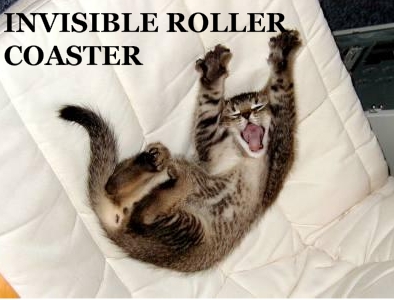 It's been a bit of a roller coaster this year for NU.