Corn Flakes:Who Be the QB?

Share All sharing options for: Corn Flakes:Who Be the QB?

The media seems to be questioning Pelini for the first time as head coach of Nebraska. Most of the other news is about the possible change with the starting QB. 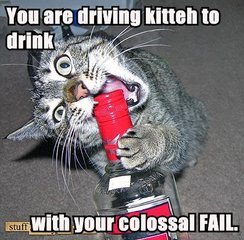 The Cats have been thinking about the offense.

Life in the Red's Blog | Pelini: QB will be gametime call

Omaha.com - The Omaha World-Herald: Big Red Today - Who will it be? Lee vs. Green
Basic breakdown of Green and Lee.

Bo Pelini Wants Your Respect
Nice take from doubleextrapoint.com about Pelini and Green as QB

Life in the Red's Blog | Bo: The buck stops here
It was a candid Bo Pelini after Monday's practice. It's probably important to note that he was quite calm when he delivered the quotes below. He was in a pretty pleasant mood after a satisfying workout by his team. "I don't panic," Pelini said. "I believe in what we're doing. I believe in the direction of this program and what we have going and I'm going to stay the course. I've learned that over time. That's up to you guys to panic. We don't do that. I don't get real high. I don't get real low. Everyone wanted to elevate us to we were the '85 Bears after beating Missouri. And I knew better. I'd watched the film. I knew there were some things that we needed to get addressed and that we needed to keep progressing as a football team. We didn't do that last Saturday. Now we need to do that this Saturday."

Scout.com: Cavalcade, Part 2 - Why Case Rules the World
- I fully admit to falling for the banana in the tailpipe when it comes to Nebraska. The Huskers came up with a brilliant four quarter against Missouri, but that’s been in against FBS teams. The offense failed to get into the end zone against Virginia Tech, sputtered against the Tigers, until late, and managed just ten points at home against Texas Tech last week.
Him and most of Husker Nation...

HuskerExtra.com -NU holds Helu out of practice
You pretty much knew this was going to happen this season. Helu was going to get hurt.
One player Beck intended to play but didn’t was true freshman Dontrayevous Robinson. And, yes, the fact Robinson played for the first time this season on special teams is a sign he’ll probably see time at running back, Beck said.

The Wiz of Odds: Arkansas Fans Have Three Reasons to Be Upset
Officiating seems to be bad all over this season