Corn Flakes: Not Hard to Impress

Share All sharing options for: Corn Flakes: Not Hard to Impress

Anatomy of "No Gain" -- Missouri's running game against Nebraska - Rock M Nation
Watch as Ndamukong Suh disrupts a play that Missouri thought would go for a nice gain.

Defender called ‘all-around player’ | Red Raiders
Suh’s mother, Bernadette, is a native Jamaican who knows more about soccer than her son’s game. She wonders why he can’t make every play on the field. "She didn’t outright say it, but I know she wanted to say ‘You could have done better.’ " Suh's Mom? Hard to impress.

Life in the Red's Blog | Not real big on breakfast
Barney Cotton was at the Big Red Breakfast here are some notes:
Though proud they had overcome a lot of mistakes to beat a Missouri team that had had their number recently, Cotton labeled the Huskers' mood as subdued when they met to review the game. That attitude has led to what he called one of the best weeks of practice this season. "I heard on the sideline (at Missouri) one time Suh went up to Zac (Lee), 'Hey, we've got your back.' Our players are very unified, and that' the message we preach every week. We're a team."

Daily Toreador - Suh making headlines in trenches
Although Winn said he believes Tech has what it takes to handle Suh — specifically mentioning All-Conference guard Brandon Carter — the strengths of such a dynamic, unusual talent are hard to ignore. "You get to see and hear a lot about him and you never know what you are going to go up against until you go there," Winn said. "He has great ball get-off, great hands, great pad level and he’s a strong guy."

HuskerExtra.com - Red Report: Committee of backs could be used
Pelini:- "It’s not as big an issue as you guys are making it out to be."
Headlining the list of anticipated recruits visiting this weekend are wide receiver Curtis Carter (Stonewall, La.), cornerback Andre Hal (Port Allen, La.) and wide receiver Quincy Enunwa (Moreno Valley, Calif.).

HuskerExtra.com - Steven M. Sipple: Tight ends could spark NU attack
Sipple empties the notebook in this one. Lots of thoughts about the game and college football. The only thing he doesn't touch on is his thoughts on love...

Omaha.com - The Omaha World-Herald: Big Red Today - Dissing the Missouri game plan: Rooting out the myths
Do you disagree with the OWH? Oh how wrong you are people. Anyway Dirk Chatelain breaks down (again) why NU should have run more at Missouri. I wouldn't be surprised if after NU wins that the headline reads "Nebraska wins despite Watson" on Sun.

The Cats have a message for you after the jump. It's for mature readers only. 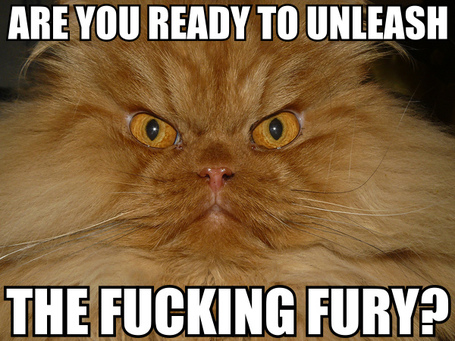