What Were YOU Doing Two Years Ago Today?

Share All sharing options for: What Were YOU Doing Two Years Ago Today? 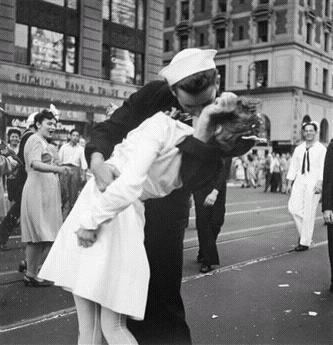 October 15, 2007 is now considered one of the greatest days in Nebraska Cornhusker history. No national championships were won that day; heck, the Huskers didn't even play that day. It wasn't on the field, but something off the field that caused many fans to celebrate like they did on January 1, 1995, January 2, 1996, or the early morning hours of January 3, 1998.

That event was the announcement by Harvey Perlman's office that Steve Pederson had been dismissed as Nebraska athletic director. Husker fans celebrated VSP day much like their grandparents celebrated V-J day in 1945.

The announcement really didn't surprise fans that much. The internets were full of rumors that this was coming, and in fact, the rumors also indicated that both Bill Callahan and Kevin Cosgrove were also going to be terminated. But as the day progressed, it became clear that the original rumors weren't completely accurate.

I was listening to KOZN-1620 AM's special coverage after the Oklahoma State loss just hoping there was some sort of truth to the rumors running amok. At around 1:30 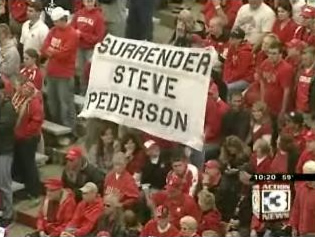 pm, a KETV-Channel 7 reporter stationed outside Perlman's office reported that Steve Pederson had just left the Chancellor's office after a brief meeting offering a "no comment". The Chancellors office said that they had nothing to say at that moment, but to stand by.

Then came the press release issued at 2:15. Pederson was gone, and Husker nation rejoiced. That hour, a post I wrote earlier calling for Pederson to be fired was Googled once every three seconds. Radio talk shows lit up as fans celebrated the departure of the man that had failed Nebraska football so badly, so arrogantly, and so carelessly. One staff meeting I attended later that afternoon was delayed so we could watch Harvey Perlman's press conference explaining the firing. Productivity across offices in this state I'm sure reached record lows that afternoon as the scourge of Husker fans everywhere received his comeuppance.

So tell me...where were you when you heard the news, and what did you do at that moment? And are you celebrating today?