Corn Flakes Is Always Keeping Up In The Playbook

Share All sharing options for: Corn Flakes Is Always Keeping Up In The Playbook

Vote for Suh for Heisman - Corn Nation
Suh now leads in the ESPN vote for the Heisman, and you no longer have to write him in. Behold the power of Husker Nation.Follow the link to the fan post about the ESPN promo, and keep voting for Suh.

Sporting News Today - October 14, 2009 - Page 12-12
Says Suh is not playing with enough passion in 09. No really he says that. And he thinks if Suh doesn't turn it up he'll slide to the bottom of the first round. Don't look at me like that! I don't know what games he's watching either. He has to have the names switched in the article right?

Ask a Red Raider - Corn Nation
Have a question for the good people at DoubleTNation? Well then fire away! Don't be shy now.

Tech D aims to stop Nebraska from playing keep-away | Red Raiders
Tech announcer seems to think that NU 2009 is the same as NU 2008 which is equal KSU this year. yeah that's bad math.

HuskerExtra.com - Practice report: Robinson in mix in I-back race
Sounds like Robinson has been keeping up with the playbook. I would liked to have him keep his red-shirt, but if the team needs him it sounds like he could be good to go.

Big 12 predictions, Week 7 - Big 12 - ESPN
Nebraska 34, Texas Tech 17: The Red Raiders will bring their quarterback controversy into Lincoln against the resurgent Cornhuskers and their suddenly stout defense. But of greater concern for Bo Pelini is an improved offensive effort after his team’s streaky performance at Missouri. Roy Helu Jr. was banged up at the end of that game and backup Rex Burkhead is out with a foot injury. Steven Sheffield threw seven touchdown passes last week and Taylor Potts threw seven earlier in the season. The Red Raiders’ offense picked up a lift with Sheffield in charge, but will be tremendously challenged by Nebraska’s front four, keyed by emerging Heisman Trophy candidate Ndamukong Suh.

Scout.com: 2009 Big 12 Fearless Picks - Week 7
What will happen: Every once in a while the Texas Tech offense gets bogged down, doesn’t have the timing or the rhythm, and doesn’t work. This will be one of those times. Nebraska will outgain the Red Raiders through the air.

Life in the Red's Blog | Meanwhile, out in New Haven ...
Former Husker Patrick Witt is apparently no longer Yale's starting quarterback. The violation, Witt told the Yale Daily News, was that he accidentally slept through the team’s weekly Friday night meeting after studying for a midterm. "I was doing some reading and I fell asleep on the couch, so I missed the meeting; and if that’s a violation of team rules then that’s pretty absurd," 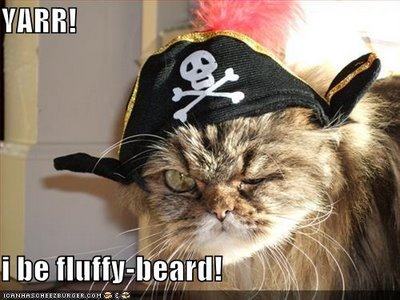 Why not ask a question about the game? It can even be about cats! Double T Nation has answers for you! Do it!