Corn Flakes: We had Suh for Heisman First

Share All sharing options for: Corn Flakes: We had Suh for Heisman First

Just walking to my car in the rain yesterday made be appreciate the players and fans who were at the game last Thurs. And this was just a light rain. Kudos to all involved.

Tech notes: Raiders getting healthy | Red Raiders
Offensive line coach Matt Moore said he expects right guard Brandon Carter to square off with Nebraska defensive tackle Ndamukong Suh on just about an every-down basis Saturday, and expects Carter to do the job one-on-one.
This is the plan based on how Moore played against Suh last year.  Hey Tech ask Missouri what last year means.

Nebraska's Ndamukong Suh: At Least Worthy of Heisman Consideration
Yet Another "Suh for Heisman" article.

Ndamukong Suh is Bronko Nagurski National Defensive Player of the Week
From the Football Writers Association of America - Suh gets another award.

Dave Rimington: Sky’s The Limit For Suh
Dave Rimington talks about the greatness of Ndamukong Suh, when the defense will get their black shirts back and playing center in the rain.

Scout.com: Tuesday Question - Midseason Awards
Defensive Player of the Midseason – Nebraska DT Ndamukong Suh – TCU's Jerry Hughes has been special with six sacks, 27 tackles, and 7.5 tackles for loss, but Suh has taken his game to a No.1 overall pick type of level. He was fantastic before the big win over Missouri, and he has been the glue for a strong Nebraska defensive front that's getting better by the week. Not only does he lead the team in sacks (3) but he leads in tackles (32), tackles for loss (5.5), and he has a pick.
Defensive Player of the Midseason – Nebraska DT Ndamukong Suh – The main reason the Huskers are No. 2 nationally in scoring defense, he does the unimaginable for an interior lineman; ranking No. 6 nationally in passes defended, for instance. Make One Big Call For the Second Half – The North champ will beat the South champ in the Big 12 title game. Hint. Texas is a wee bit overrated and Nebraska is a wee bit underrated heading into the second half of the year.

Watson Resolute Amid Tension - Lincoln Journal-Star
Steve Sipple got some answers about the playcalling against Missouri. Turns out that based on defensive alignment, Zac Lee audibled from a run to a passing play many times. Of course, in the monsoon, what would you do? Problem in my mind wasn't Lee misreading defenses or choosing bad audibles, but not sending in personnel that would have enabled a heavier run formation at times. You don't think that Mizzou wasn't trying to overload the run game on that final drive? Not suggesting that he should have abandonded the passing game, but perhaps mix in some three tight end sets...especially with the pass-catching capability of our tight ends.-HM

Mizzou Athletics: Mizzou fans unruly? Not to this Husker
Email from Osborne to Missouri AD Mike Alden about fan behavior. I don't get where the animosity ever came from. I've never heard firsthand about Mizzou fans treating Nebraska fans badly in Columbia. Where did the "bad Missouri fan" concept come from - anyone want to share something? - CB

Scout.com: 2009 CFN Big 12 Week 7 Staff Picks
Early picks have a sweep for NU except for clucko, he must feel we are going to have a down week after picking us against MU.

Big 12 sets deals with seven bowl partners - Big 12 - ESPN
In order, the conference’s teams will go to the Cotton, Alamo, Insight, Holiday and Texas with the New York City bowl sponsored by the New York Yankees baseball team at the bottom. 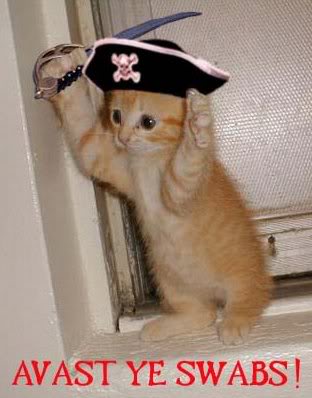 Texas Tech thinks they can block Suh one on one?