Gator Bowl: Nebraska vs Clemson - Getting Along With the Enemy

Share All sharing options for: Gator Bowl: Nebraska vs Clemson - Getting Along With the Enemy

When your alma mater (or favorite team) enters into an athletic contest it's important you know your enemy as only then may they be defeated. It's one thing for the coaches and players - they get to play the game. They do the game plannin' and worry about match ups.

It's another thing entirely when it comes to fans - we get to talk about it. With every game comes some amount of chest-thumping, and if you happen to run into the enemy's fans it's normal that insults fly. Instead of that, I thought we'd take the high road and learn more about Clemson.

So let's start with some background on Clemson University, taken from Ivan Maisel's book, "The Maisel Report - College Football's Most Overrated and Underrated" (which I'll be reviewing after the season is over):

What it lacks in size - South Carolina is the smallest state in the South - it makes up for in a feistiness that stretches from the present day back into the 19th century. The Civil War began at Fort Sumter, in the Charleston Harbor in 1861. No one personified the spirit of South Carolina more so that John C. Calhoun, the "Lion of the Senate", the man who defended his state's rights with fervor.

When Calhoun died in 1850, he left his plantation near Greenville to his daughter and her husband, Thomas Green Clemson. When Clemson died in 1888, he will his plantation to the state, on the condition that it create an institution of higher learning. He saw it as a way to ratchet the state out of the poverty of Reconstruction.

Not only that, Clemson demanded that admission to the college be made available to the sons of agriculture, the farmers and mechanics looked down upon by the gentry in the cities of Charleston and Columbia, the latter the state capital and the home of the state university.

The sons of agriculture.... I get that. Husker fans can get that, because that's pretty much who we are too. Perhaps instead of fighting we could find some common ground, see each other not as enemies but as brothers separated by geography.

But alas, Corn Nation has already been attacked, as some Clemson guys from the site Beauty is Only Pig Skin Deep happened to post some comments about our site to which I feel obliged to respond. I was going to be nice and respectful, but no... no... this is the Internet, it's a requirement:

#1 - Corn Nation trumpets the greatness of the BigXII. Don't forget TigerNation this Nebraska team played Texas Tech, Oklahoma,and Missouri. They may have lost all those games, but its made the Huskers tough and ready for Clemson from the lil ole ACC.

We've heard this one before Corn Nation, and let me guess if you lose its because you are so beat up from playing in a superior conference.

Well, actually, yes it is from playing in a superior conference, against better opponents. We lost to ACC winner Virginia Tech; Big 12 and national title game represenative Oklahoma;  Texas, the team that got screwed out of the national title game; Texas Tech, another bowl team that caused Oklahoma and Texas much grief. Oh, yeah, and Missouri when they were good.

Conversely, you beat South Carolina (see below), yet tout that as if beating a mid-tier SEC school counts for something. You might respond that we'd say the same about Colorado, but YEHA! - that's where you're wrong. We don't consider Colorado our rival. They are but pests. We still consider Oklahoma our rival, preferring to compare ourselves with the best in the nation.

#2 - Nebraska features an offense so revolutionary it was given to Bo Pelini by aliens during a trip to Peru in which he discovered the Temple of the Crystal Skulls. Yet somehow this offense wasn't good enough to overcome the amazing offense of Tyrod Taylor, VPI's non-1st,2nd, or honorable mention all-ACC quarterback.

We've heard this one before Corn Nation. The Cock'n'Fire offense, given to the Ole Ball Coach from God Almighty through Mike Krewseksseheki at Duke.

Something you should know about Husker fans: You're right, there is nothing else to do in Nebraska but watch football so we tend to obsess on it. The average Nebraska fan knows more about football schemes and strategy than most NFL coaches. Why is this important?

Well, our offense was given to us by coach Bill Callahan who created it after years of collecting scraps of paper with play diagrams that he stores in a big truck that's never more than 1000 feet of wherever he is. He obsessed over it, still does. So much in fact sometimes he disguises himself and the truck. 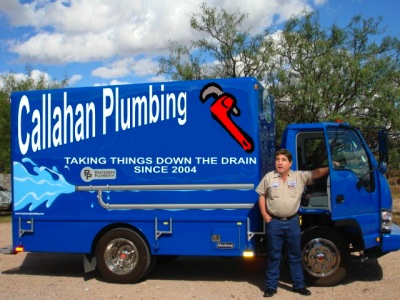 Bill Callahan once told us his offense was too technical for us to understand. Fact is, it was too much for Bill to explain being him bogged down with poor human relations skills and plain old insecurity. Our current offensive coordinator, Shawn Watson, isn't inflicted with those ailments and has done a great job of making his players understand it. In fact, he's done so well this year that our offense is very very good.

It's my understanding that most Clemson fans can't understand big words and long explanations, here's the condensed short version of the above:

If the Nebraska offense appears complex difficult hard to understand to Husker fans, then there ain't no way your coaches nor your fans can understand it in a couple years, let alone the three weeks you have to prepare for it.

For us to understand your offense... well, given that your conference runs offenses that most of us played in high school during the 70s and 80s, I don't think we'll have a problem there.

Funny you guys mention Tyrod Taylor when you didn't have to play Virginia Tech this season. Ah, yes, Sakerlina is the only one that counts, right?

Some questions for you Clemson Tiger people:

- What's the deal with Death Valley? I get the explanation from the Clemson web site;

The Stadium was dubbed this affectionate title by the late Lonnie McMillian, a former coach at Presbyterian. He used to take his teams to play at Clemson, and they rarely scored, never mind gained a victory. Once he told the writers he was going to play Clemson up at Death Valley because his teams always got killed. It stuck somewhat, but when Frank Howard start calling it that in the fifties, the term really caught on.

It's a nice explanation, although I'm sure LSU fans would claim it's stolen from them. I get the whole "Howard's Rock" thing, too, where someone brought a rock from the real Death Valley in California, and you placed it on the hill and the players touch it for good luck. Our players touch a horseshoe. Everybody touches something.

I like the "running down the hill" bit you guys do. I do. We do something similar, a tunnel walk where we have a huge screen and the crowd gets whipped into a frenzy right before the game... which leads me to ask - do you guys have a huge replay screen at your stadium?

Anyway, the rock, the hill, it's nice stuff from years ago, which makes it difficult to understand this new "All In" thing that Dabo Swinney's brought in... where the players throw poker chips into a bucket before the game to show that they're "All In", a poker phrase that's risen in popularity as ESPN shows more "Hold 'Em"  fill time slots as they expand channels. Apparently it's escaped Swinney that the NCAA has attempted to downplay gambling in association with collegiate athletics. Maybe he'll catch up in the off-season.

Then there's this past you have with NCAA violations and even though you may attempt to explain them away, they can still overshadow that one national title. We had one years ago where players were giving their tickets away to people who weren't their family members and a bunch of them had to serve a one game suspension.

So you know who we are - Nebraskans consider our Huskers a national power in college football because we ARE a national power. We may have not done as well lately, but at least we have a great past from which to fall. The list of team that have won 800 games is pretty short, and we're on it at number four.

I'd recommend you not bring up college football history to us. You can bring up the 1982 Orange Bowl, but then you'll have to deal with one of us marching through the number of conference championships we've won, national titles, and Heisman trophy winners of which we have three and you have.... oh. You don't have any.

How 'bout Outland winners? We have eight and you have..uh.... zero. Nebraska has the greatest college center to ever play the game - Dave Rimington - who was so good they named the yearly award after him. You have... what? Do I need to go any further with this? I didn't think so.

If we happen to get to academics, then the Husker fan you're attacking will go on forever talking about how we have more All-American Student Athletes than any other school in the nation, while you have this apparent problem:

My recommendation to you Clemson fans is this - let's try to get along peacefully in this crazy, mixed up world of college football. If you beat us, we can handle it. Smack talking before the game can be fun, but beware of what you're getting into.

Good luck. You're going to need it.