The regular season comes to a close on what has been as an underlined understatement a rollercoaster of emotion for Nebraska football fans for the past 365 days.  One of my strongest concerns was the hiring on of Tom Osborne as Athletic Director.  While at the time I saw the brilliance behind the strategy due to Steve Pederson having the favor of, say, a witch in old time Salem, I questioned whether or not this would simply be an invitation to all former Cornhuskers to come back and catch a gig at their old alma mater.

Fears were ratcheted up as that’s exactly what happened, but AD Osborne had an understanding coming back into a program he still knew a thing or two about.  His time away from the program hadn’t served him well, but this is where the transformation begins.  Much to my dismay I felt that there were more quality candidates that could’ve been hired on.  Phil Bennett, now defensive coordinator at Pittsburgh, would’ve been my choice over Carl Pelini at the spot.  Now while Carl has had an intense working relationship with his men in the trenches, I find it hard to believe that his title of DC is just that: a title.  I felt Phil would’ve been another mind to meld with Pelini’s, but there was a big factor for the dream coaching staff that I had concocted: money. 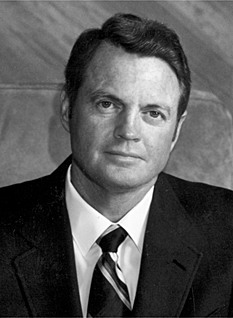 Tom came in feeling what I think can appropriately be called "frugal."  The salaries given to the current staff seem almost paltry to what we've become accustomed to in today's college football.  Slowly after this, things started to change and the guy who spent his time stumping on Capitol Hill began to revert to the guy with three National Championships under his belt.  Battles with Wyoming, Miami (FL), Southern Miss (Thank you, sir) and Fresno State were inked.  Pelini came to Osborne looking for guidance in his first season under the head coach banner and certainly times were tough in the early going.  Osborne even took and passed the test required for anyone to recruit for their given school, so you can’t say the man hasn’t been trying.

I feel that the Tom Osborne that Nebraska has now versus the T.O. in the Athletic Director slot mid-season 2007 is a different individual and someone who will continue on a solid transition until 2010 when I think he steps down.  As much good as he’s done for the University of Nebraska as a whole, the man deserves some rest and between the Fishbowl of Nebraska Football and politics, he’s gotta be beat.

I’ll add this as a closing note: I see a lot of love given to both Joe Paterno and Bobby Bowden.  Two men who in their own right deserve statues and accolades for what they have given to the game of college football and while this may smack of homerism, what of Tom Osborne?  I honestly believe Joe or Bobby would be quick to point out the good that not only Tom has done, but also in helping them develop their programs (as PSU and FSU have helped Nebraska learn most often the hard way).  Tom wouldn’t ask for that though.  It’s not his way.  Coach Bowden received an award this past week along with several other athletes including 2008 Heisman Trophy winner Sam Bradford and when asked how he’d like it all to end, he said (paraphrasing) that he’d like to go out on top.