Note the "overreaction". I’m not looking at stats, it’s just an impression about the game as soon as I can post it after it’s completion. Note that I had no beer before or during this game. Ha!

- Baylor was 0/10 on third down plays, including plenty that were third and short. Good play by the defensive line. Once again, Suh is an awesome force in the middle. Doesn't get a lot of press though, does he?

- Nate Swift has two TD’s, breaks Johnny Rodgers’ All-Time reception record, has another 100-yard game, and had a long punt return called back because of a stupid roughing penalty.

- Lack of consistency still haunts us. Two personal foul penalties by Cody Glenn lead to Baylor touchdowns. The roughing the kicker penalty was dumb. Three big plays in the first half by Baylor kept the game close. Eliminate these and we’d be a pretty good team. With them we’re just above average.

- I suppose at this point it’s too late for me to complain about Lydon Murtha not being the physical guy he’s supposed to be, we’re not giving up many sacks and the offense is performing pretty well. Again, there’s the difference between "pretty good" and above average - not all of that on Murtha obviously, but I’ll single him out because it’s his turn.

- Is it just me, or has the officiating gone into the toilet since replay is being used for every play? I’m not talking about just this game, but overall in college football the officiating is as bad as I can recall.

We move to 5-3 going into Norman next weekend. That’s a big deal. Don’t know what your definition of success for this season is - but for me it’s getting to a bowl game and today’s win over Baylor was a big step in that direction. 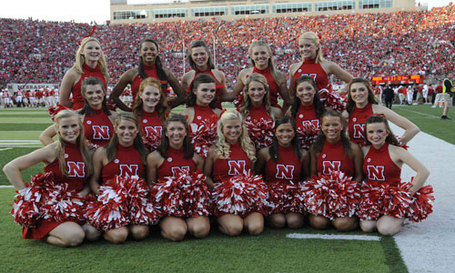